Yesterday we photographed the wedding of Susan and Ashley, who married in Etton Church, in East Yorkshire. They were originally due to be married in June this year, but owing to the COVID pandemic, they had to rearrange.

Susan and Ashley were joined by a small number of close family and friends. This was due to the current restrictions on weddings. All the congregation, with the exception of the bride and groom, had to wear face masks during the service. In addition, everyone had to adhere to the rules regarding social distancing.

This was our first wedding following lockdown and the biggest challenge for us was not wearing a mask. Our biggest enemy yesterday was the good old British weather! It is not the first time that we have photographed a bride and groom in a howling gale, and I am sure it will not be the last! We could barely keep our feet such was the force of the wind!

The bride arrived with her mother and the first ‘hat chase’ of the day began with much laughter! The vicar was quick off the mark and managed to retrieve mum Lesley’s hat before she escorted Susan down the aisle.

The service was delivered with humour and the vicar was sensitive to the the unusual circumstances. There were no hymns, but the vicar made good use of recorded music to create some atmosphere.

Hair and hats flew daintily along with the confetti and to say the weather was wild at this point would be an understatement. Despite this, Susan and Ashley and their guests braved the elements with good humour. This meant that we were able to photograph the family group quickly despite the wind.

We concluded our photography with photographs of the bride and groom.

Susan and Ashley are a lovely couple. We wish them every happiness in their future life together. 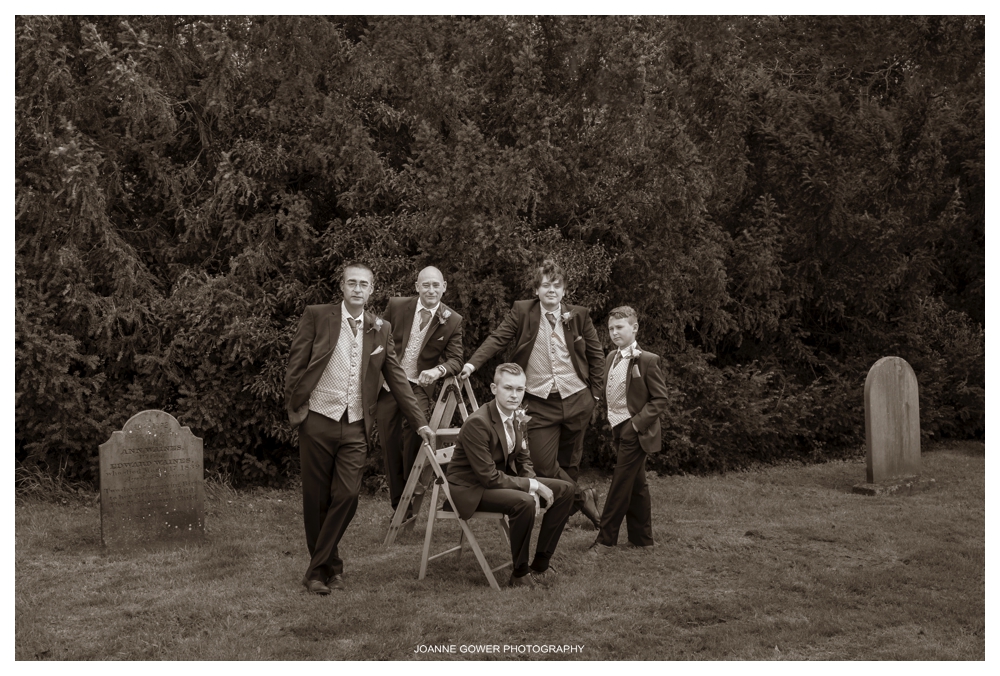 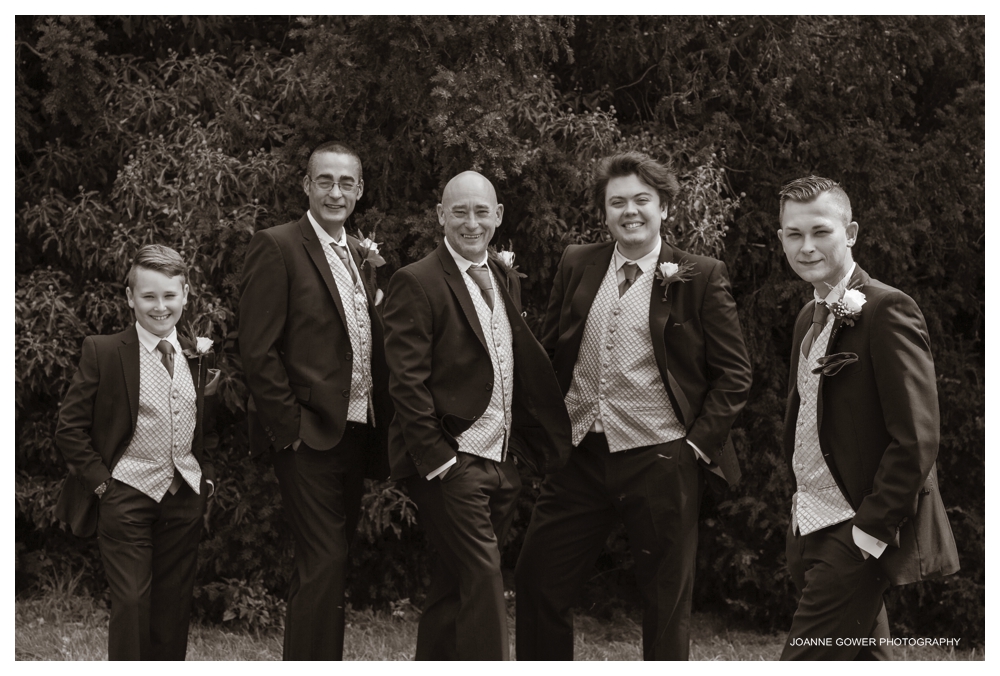 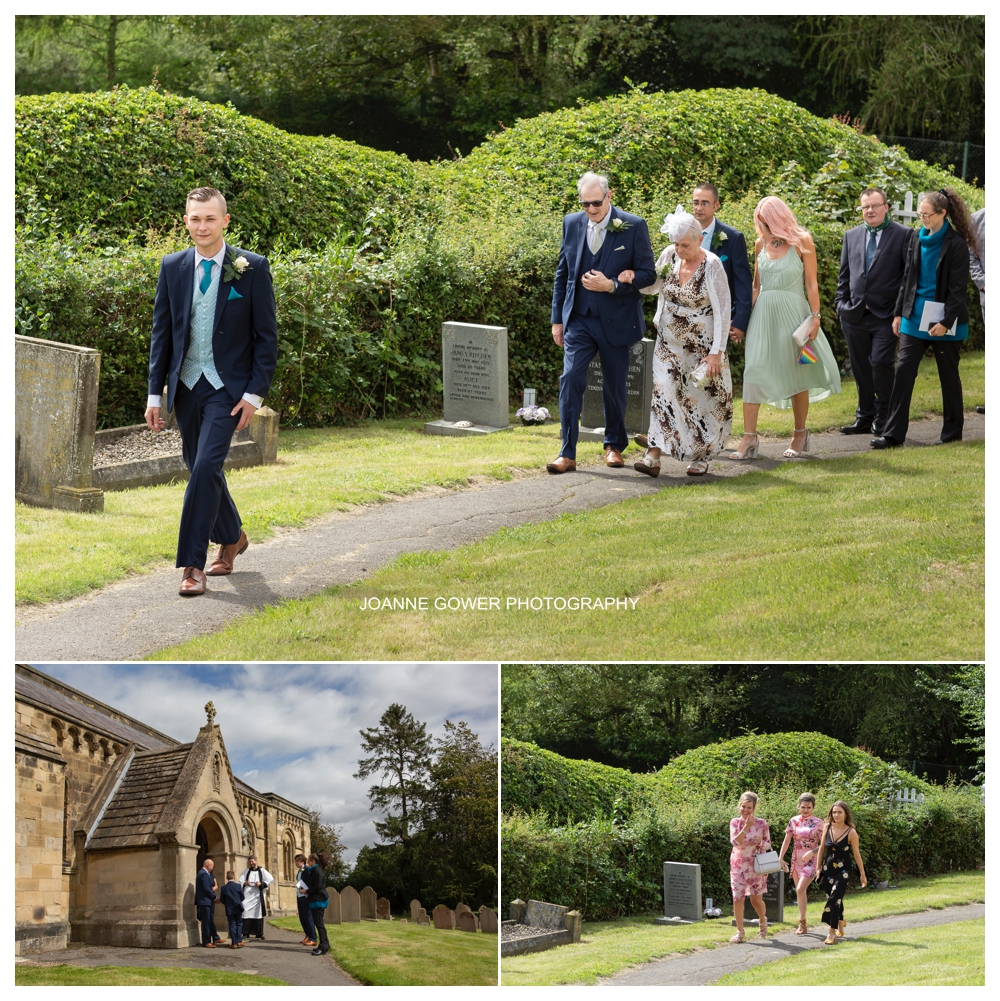 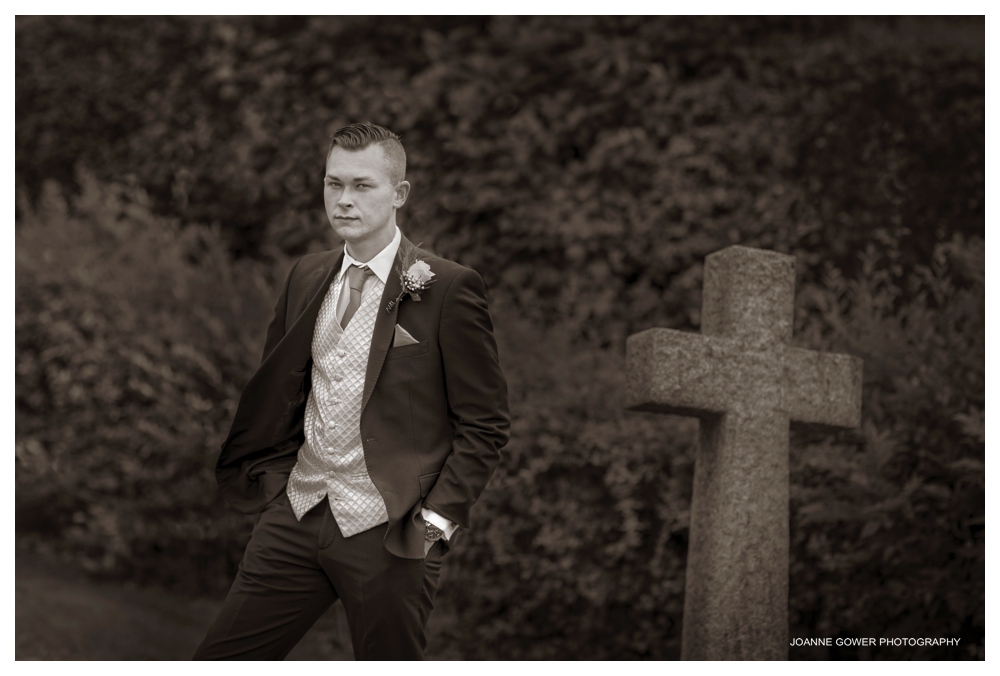 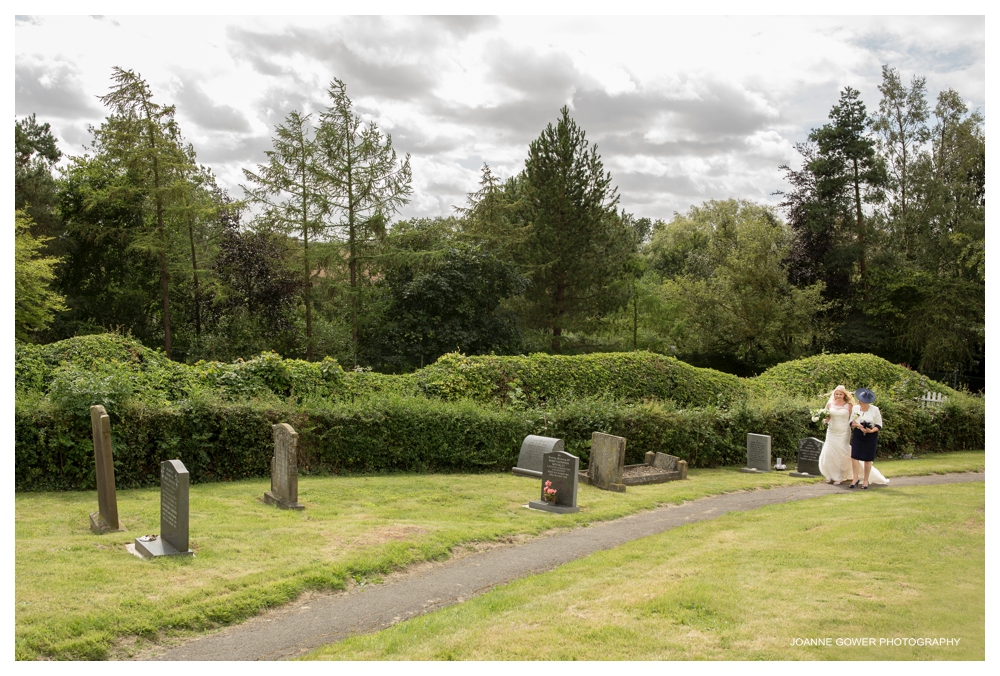 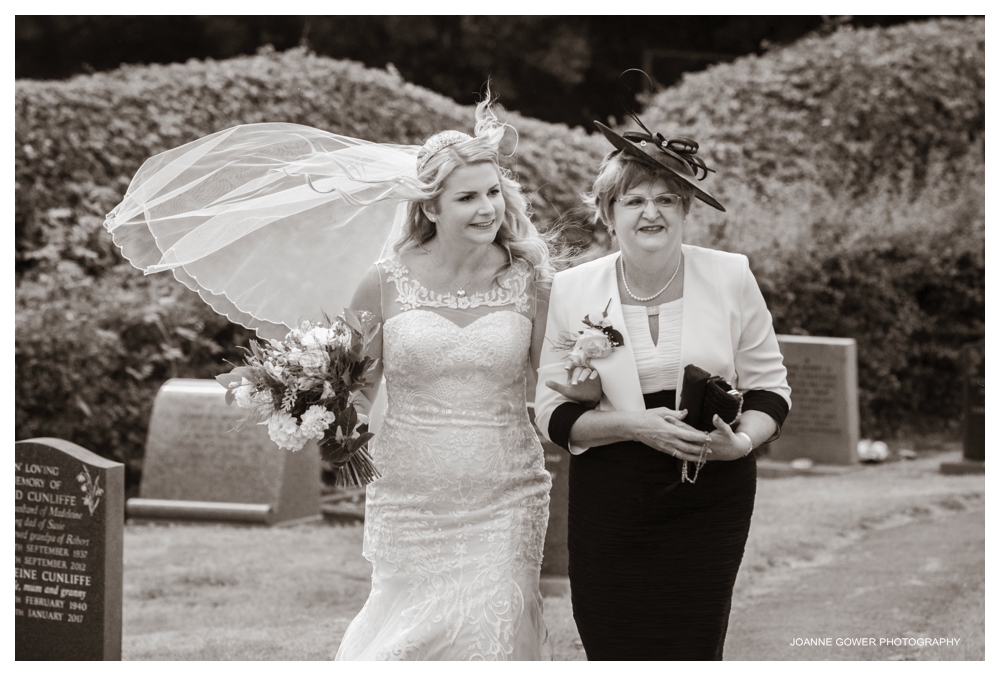 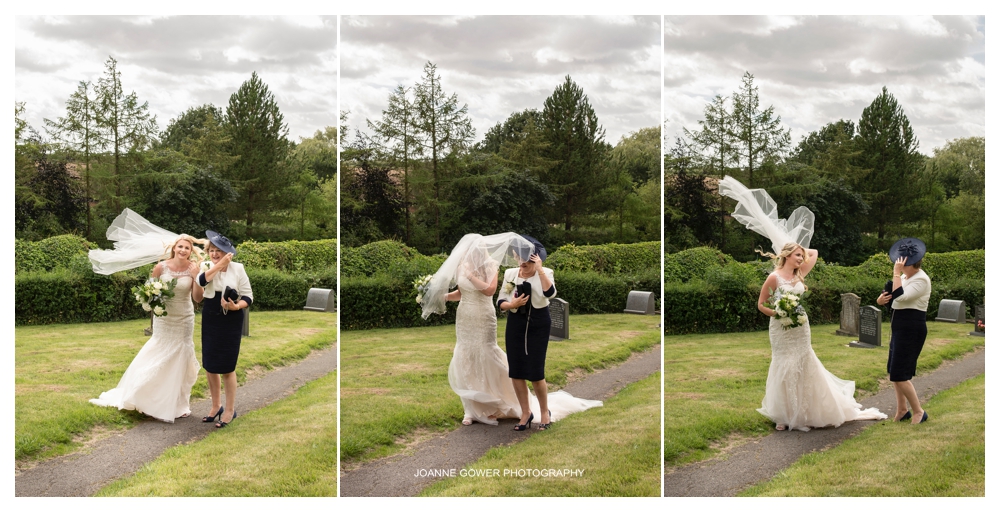 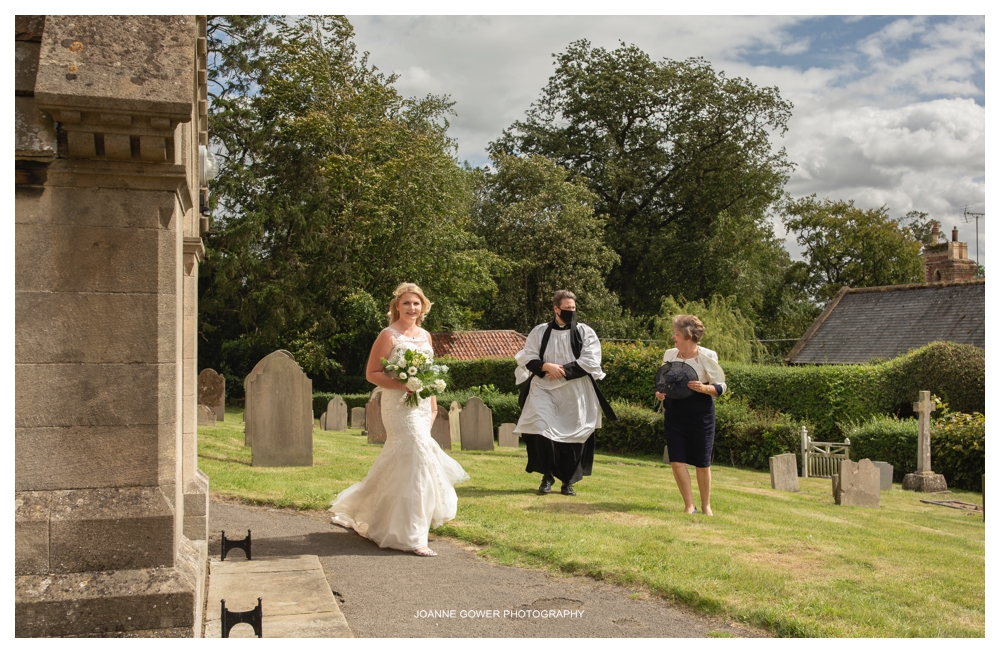 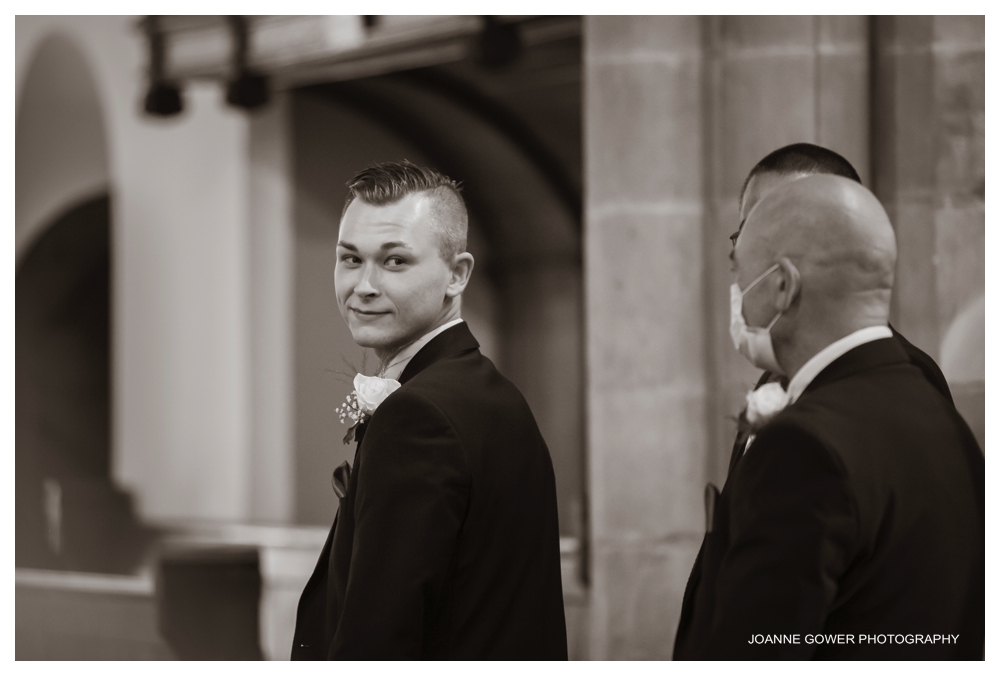 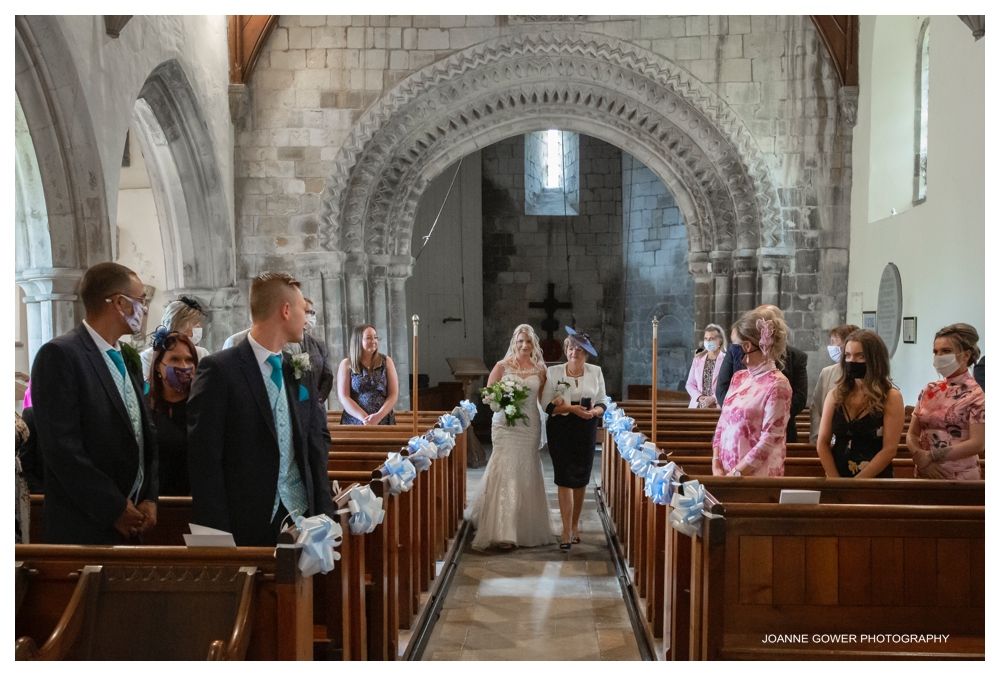 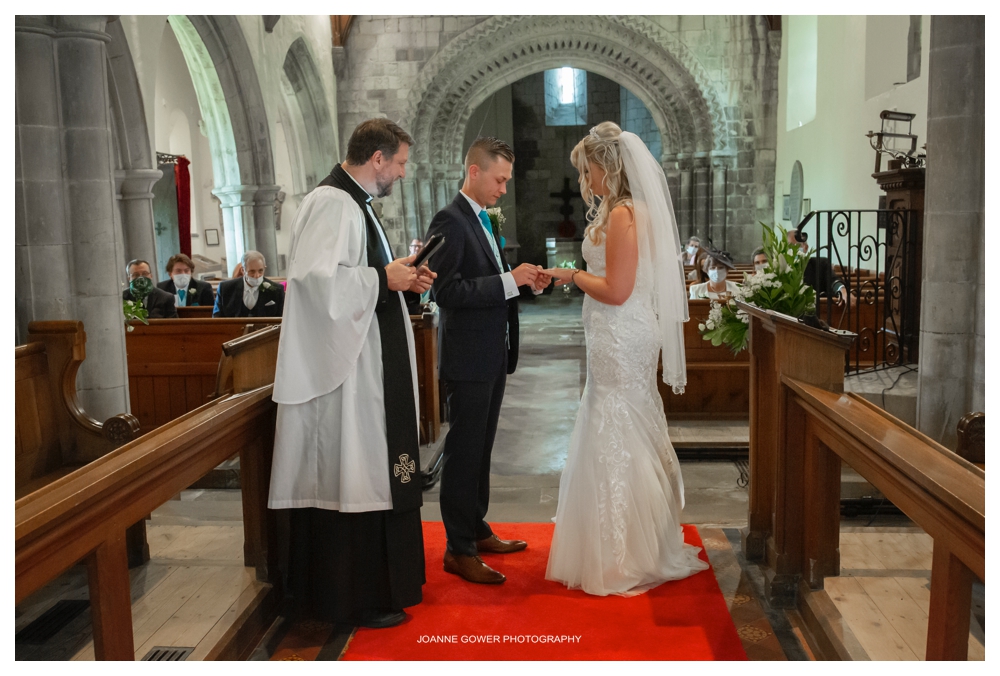 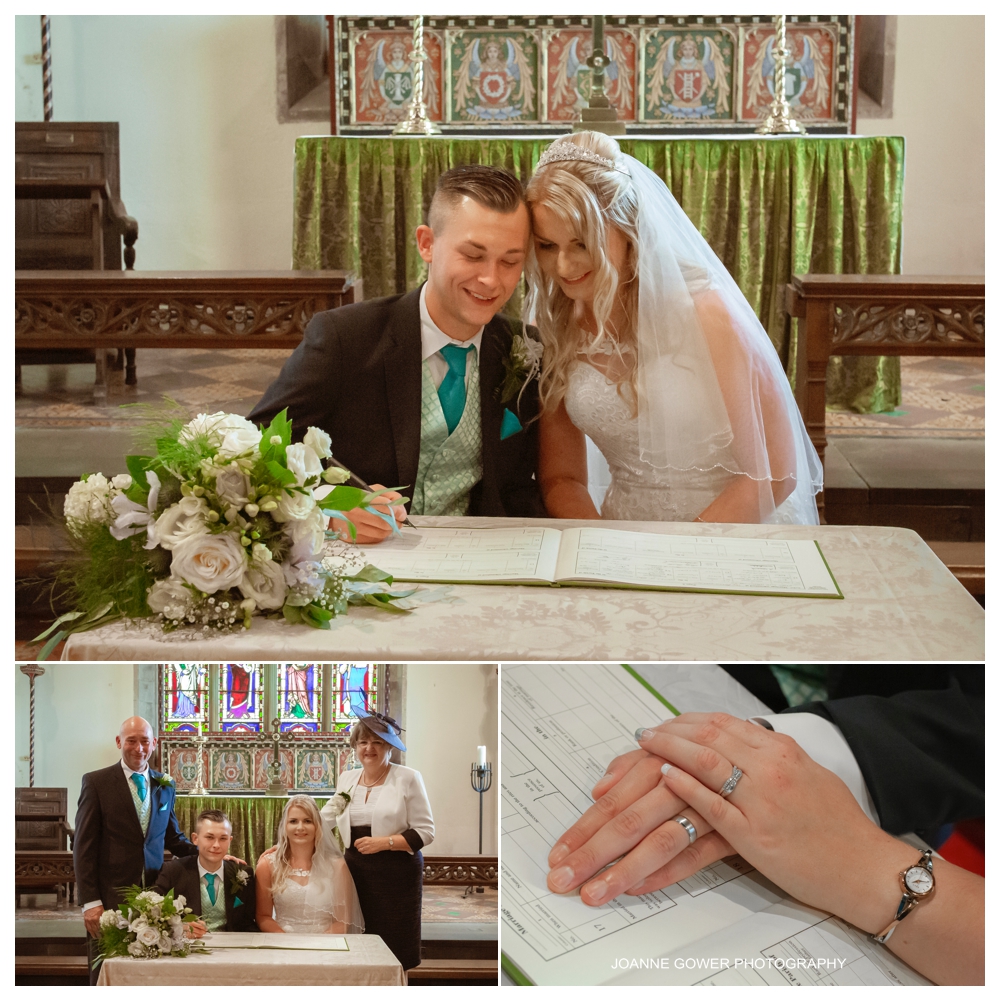 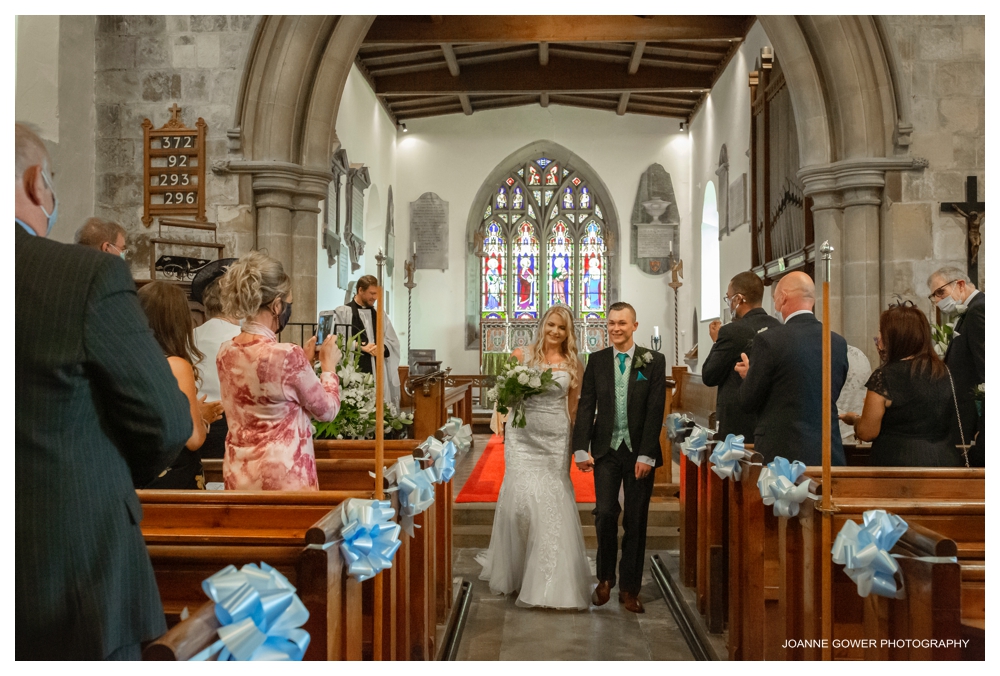 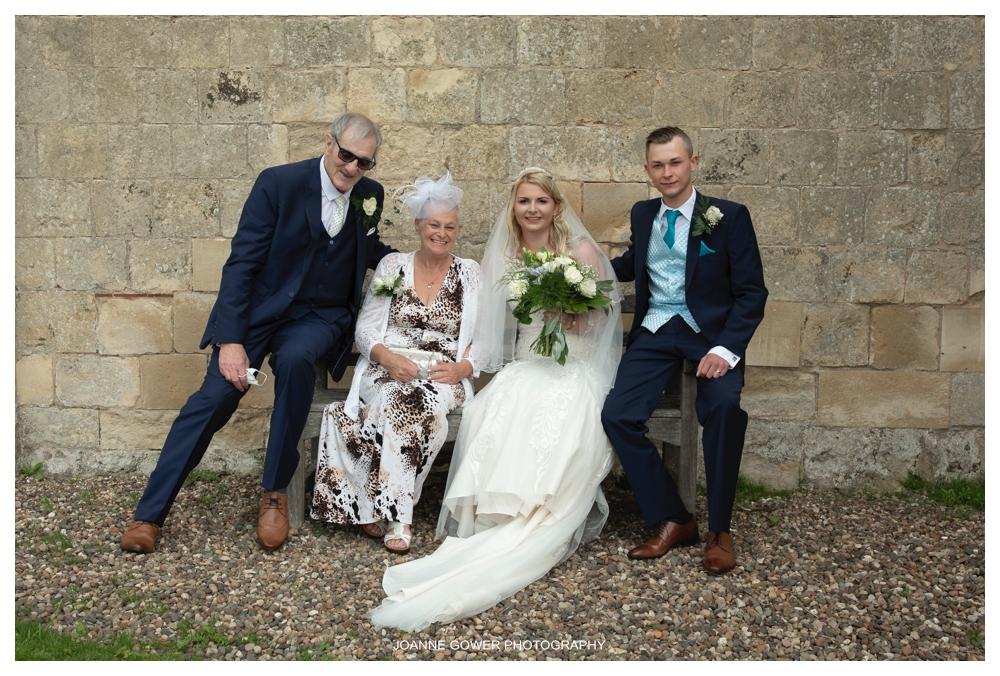 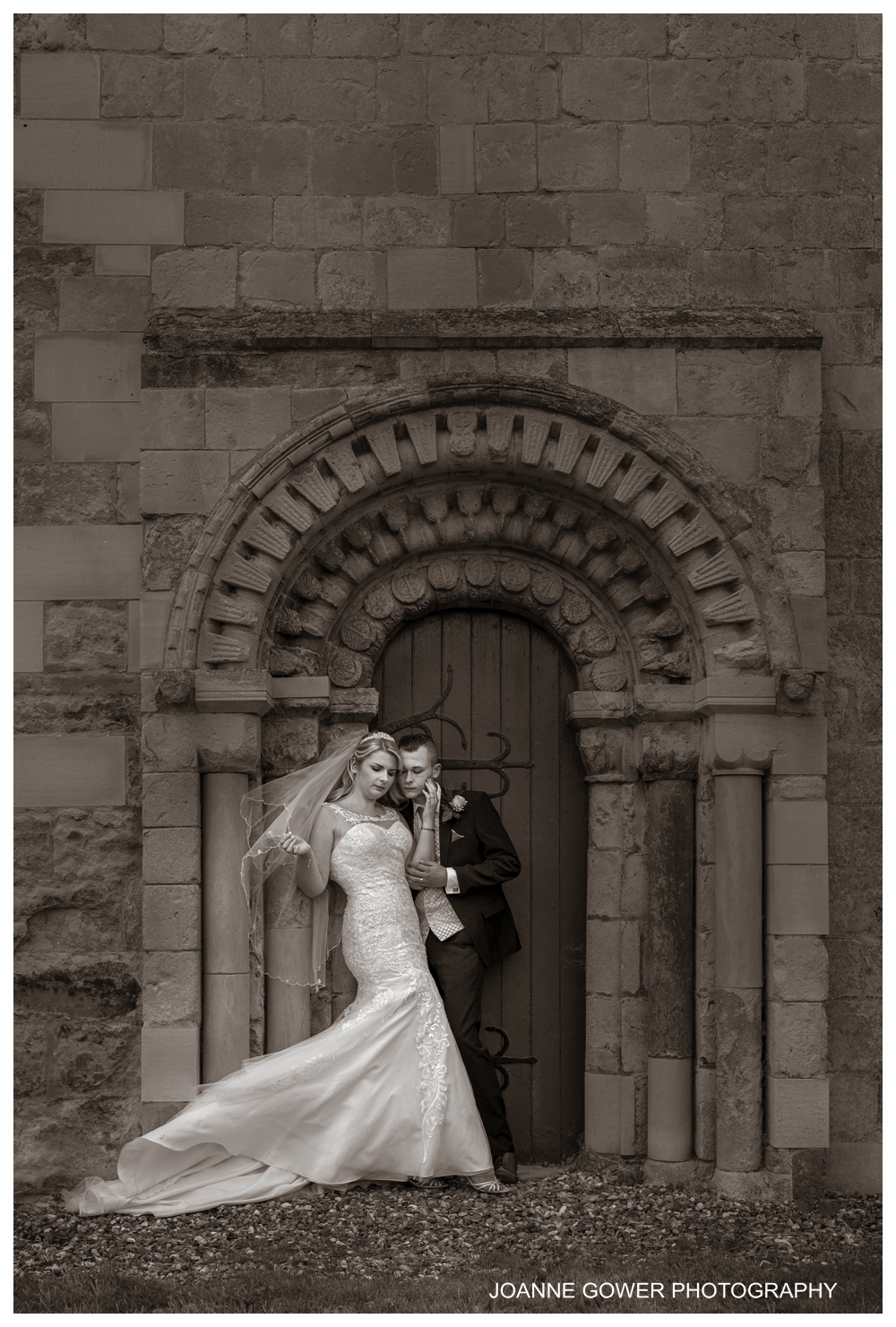 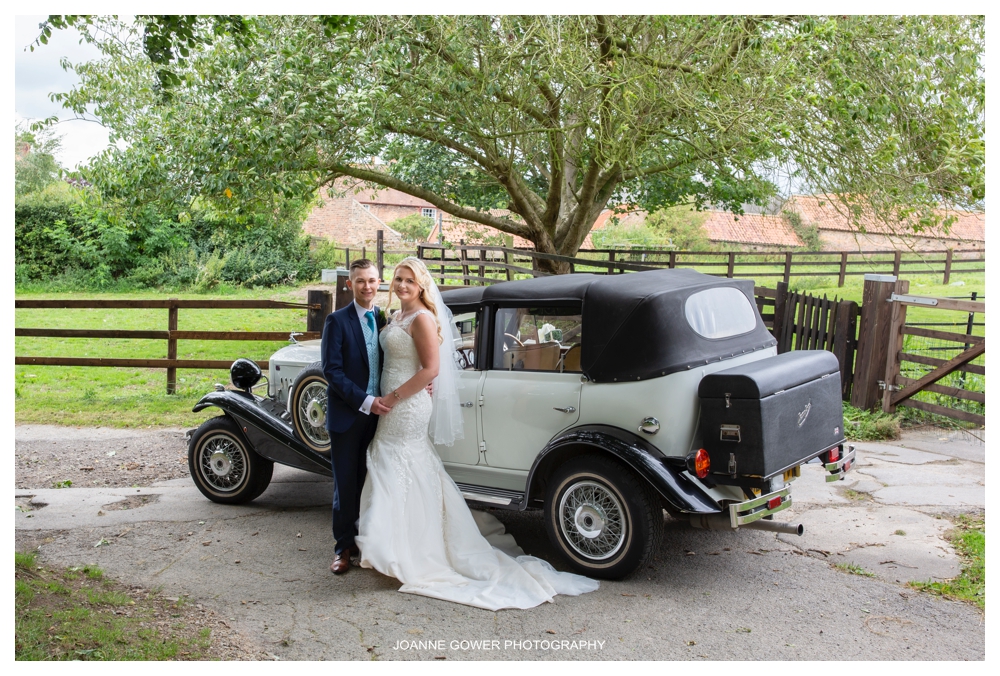 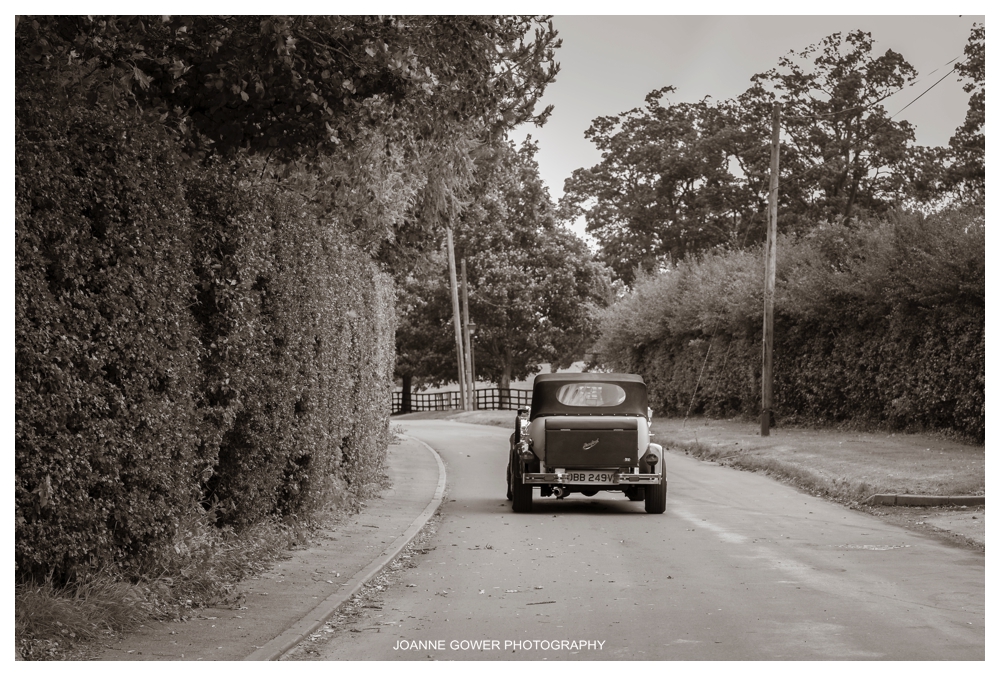 If you are reorganising your wedding and would like to talk to us about your wedding photography, please get in touch very soon!

Suppliers at this wedding: